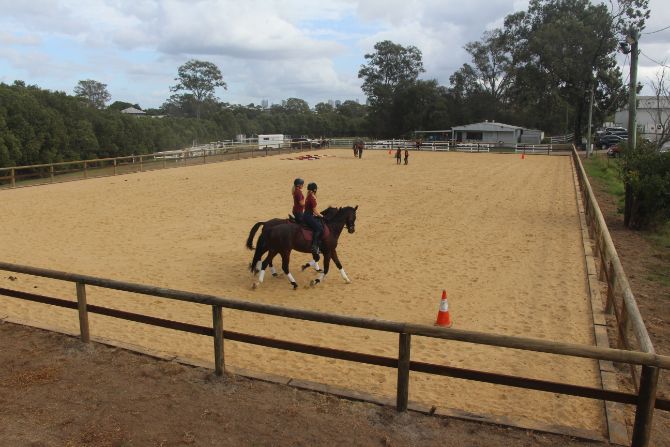 During Sonya Trau‘s time as President, Southside Pony Club has seen much change. In her first blog for the Club, Sonya shares her experience of what a difference three short years have made.

Everything has a cycle, and one thing is for certain our Community Clubs sure do too! When our family joined Southside Pony Club (SPPC) in 2013, we were delighted to find a friendly small club, where we could agist our horse close to our home in Bulimba.

The facilities however were very run down. A seedy, dusty old clubhouse, 30 year old arena covered in uneven grass and pot holes and old fencing. However, for the convenience of agisting in the inner city close to home and having some facilities, we were grateful.

In 2012, with seriously dated and degrading facilities, Southside Pony Club had found itself somewhere near the bottom of the cycle.

What goes down, must come up

It goes to show though, that it doesn’t take much to turn that cycle around.  It just takes adding a few fabulous new families, full of excitement and new energy to the existing team of dedicated members to change things entirely.

It’s hard to believe that in only the last three years SSPC have gone from dirt bottom to it’s dramatically changed current situation.

The changes that I have seen include:

Plus, quite incredibly as a result of winning 3 (of 3) grants late 2015 we have now been able to:

From zero to hero in just three years thanks to the Queensland government, our hard working club members and their families.

It’s so thrilling to be contributing to and enjoying the ‘UP’ swing, in the natural cycle of community life!

This site uses Akismet to reduce spam. Learn how your comment data is processed.